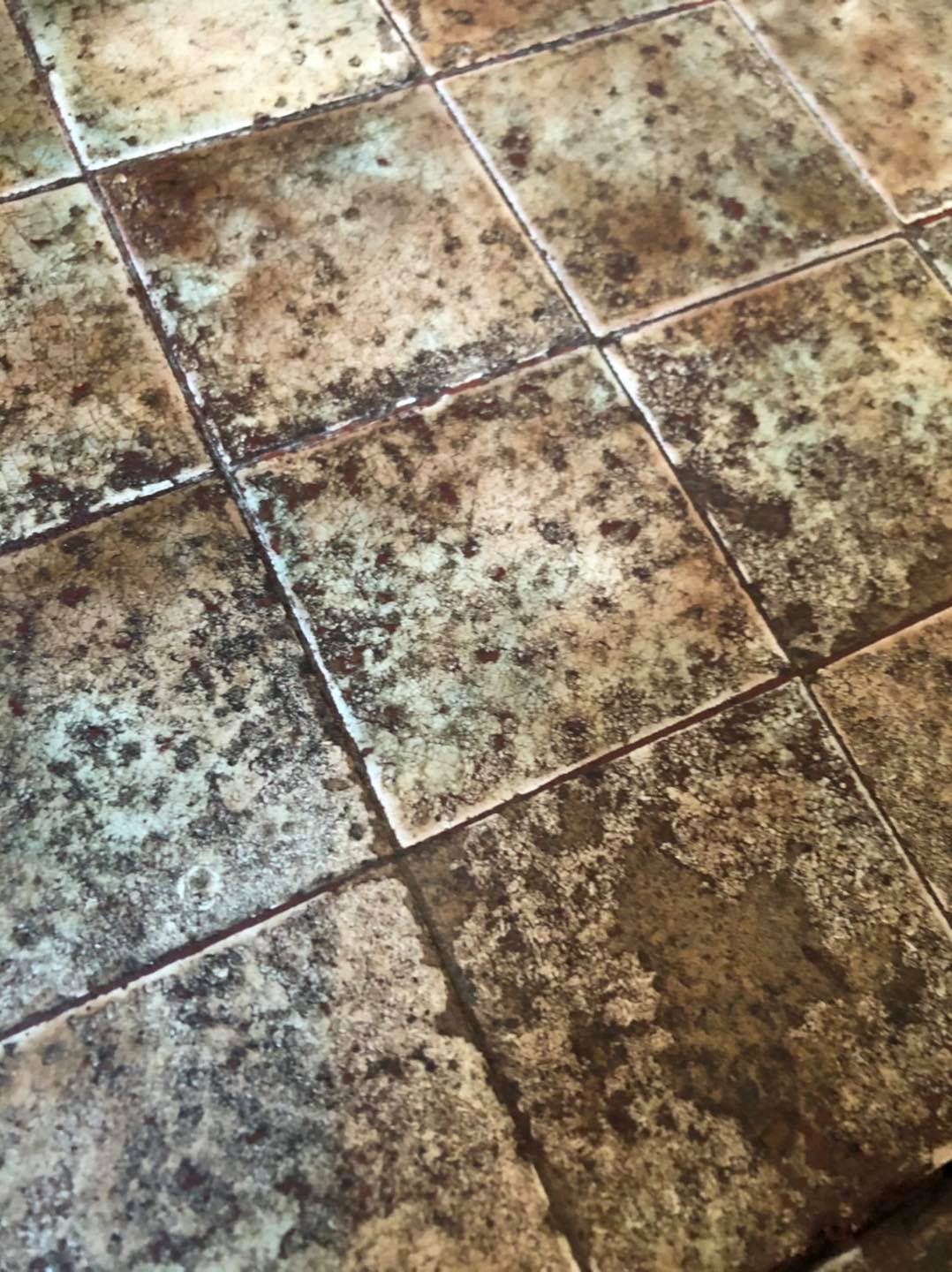 Time to restore the tile. The first picture shows the fireplace tile surround with paint on it. I also included a picture (#9) of the floor also painted red, the fireplace covered, no roof, and four layers of flooring removed. Unfortunately, very, very early on the floor and tiles were painted red. It may have been because the tiles were so soft that within the first decade much of the glazing was worn off. The wear pattern shows where buckets of coal, pokers and feet annihilated the glazing on the tile. With lots of clues we have pieces together the strange history of the tile, but importantly it is original to the building and architect Harry Wild Jones, so it is significant. It was once quite beautiful with soft blended colors bordered by intricate rope work and flowers. We used a product called Goof Off to lift linoleum glue and a century of grime and dirt off of the tiles. This process is shown in the comparison of the tiles in photo 7&8. Before and after. We will do our best to preserve the tile into the future by asking people not to wear shoes on them, but we don’t think they should be covered.

Your cart is empty.